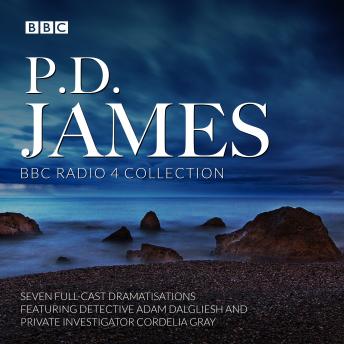 A Taste for Death
Dalgliesh investigates when two bodies are found murdered at a London church. Starring Richard Derrington as Dalgliesh.

The Skull Beneath the Skin
With her life in danger, actress Clarissa Lisle turns to private detective Cordelia Gray. Starring Greta Scacchi as Cordelia Gray.

Among the supporting cast in these classic dramas are Siân Phillips, Hugh Grant, Anna Massey and Geraldine James.

Also included is a bonus audio documentary, P.D. James In Her Own Words, in which the author discusses her professional career and private life.

This title is due for release on February 1, 2018
We'll send you an email as soon as it is available!