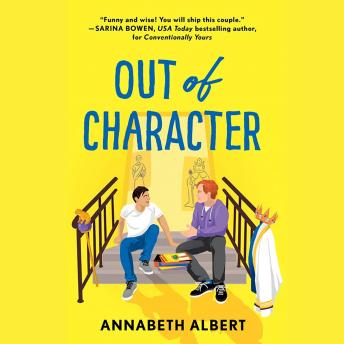 Jasper Quigley is tired of being everyone's favorite sidekick. He wants to become the hero of his own life, but that's not going to happen if he agrees to help out Milo Lionetti, his former best friend turned king of the jock. High school was miserable enough, thanks, and Jasper has no interest in dredging up painful memories of his old secret crush. But Milo's got nowhere else to go. His life is spiraling out of control, and he's looking to turn things back around. Step one? Replace the rare Odyssey cards he lost in an idiotic bet. Step two? Tell his ex-best-friend exactly how he feels-how he's always felt. Jasper may be reluctant to reopen old wounds, but he never could resist Milo. There's a catch though: if Milo wants his help, he's going to have to pitch in to make the upcoming children's hospital charity ball the best ever. But as the two don cosplay for the kids and hunt for rare cards, nostalgia for their lost friendship may turn into something even more lasting...