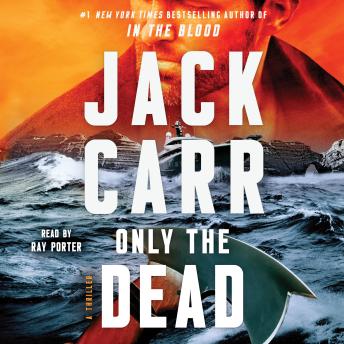 Only the Dead: A Thriller

In 1980, a freshman congressman was gunned down in Rhode Island, sending shockwaves through Washington that are still reverberating over four decades later.

Now, with the world on the brink of war and a weakened United States facing rampant inflation, political division, and shocking assassinations, a secret cabal of global elites is ready to assume control. And with the world’s most dangerous man locked in solitary confinement, the conspirators believe the final obstacle to complete domination has been eliminated. They’re wrong.

From the firms of Wall Street to the corridors of power in Washington, DC, and Moscow, secrets from the past have the uncanny ability to rise to the surface in the present.

With the odds stacked against him, James Reece is on a mission generations in the making. Unfortunately for his enemies, the former SEAL is not concerned with odds. He is on the warpath. And when James Reece picks up his tomahawk and sniper rifle, no one is out of range.

From “a master novelist” (Ballistic Magazine), Jack Carr brings his signature authenticity to “create an incredibly vivid, emotional, action-packed tapestry of carnage and death” (Coffee or Die Magazine) in a plot that just might predict the headlines of tomorrow.

This title is due for release on May 16, 2023
We'll send you an email as soon as it is available!