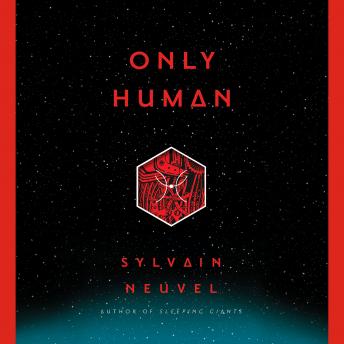 #3 of The Themis Files

Pacific Rim meets The Martian in the explosive follow-up to Sleeping Giants (“One of the most promising series kickoffs in recent memory.”—NPR) and Waking Gods (“Pure, unadulterated literary escapism.”—Kirkus Reviews).

Brilliant scientist Rose Franklin has devoted her adult life to solving the mystery she accidentally stumbled upon as a child: a huge metal hand buried beneath the ground outside Deadwood, South Dakota. The discovery set in motion a cataclysmic chain of events with geopolitical ramifications. Rose and the Earth Defense Corps raced to master the enigmatic technology, as giant robots suddenly descended on Earth’s most populous cities, killing one hundred million people in the process. Though Rose and her team were able to fend off the attack, their victory was short-lived. The mysterious invaders retreated, disappearing from the shattered planet . . . but they took the scientist and her crew with them.

Now, after nearly ten years on another world, Rose returns to find a devastating new war—this time between humans. America and Russia are locked in combat, fighting to fill the power vacuum left behind after the invasion. Families are torn apart, friends become bitter enemies, and countries collapse in the wake of the battling superpowers. It appears the aliens left behind their titanic death machines so humankind will obliterate itself. Rose is determined to find a solution, whatever it takes. But will she become a pawn in a doomsday game no one can win?


Advance praise for Only Human

I thoroughly enjoyed the first two books and the incredible cast of narrators really did make them a fantastic listen. Then I got to book 3... I went in excited to listen to a great last book. I was immediately let down by the complete 360 in Eva's narration. Not only did the Jersey accent sound phony but it made absolutely no sense whatsoever. Especially when going directly from book 2, where Eva was narrated perfectly, to book 3 where she picked up a god aweful Jersey accent on an alien planet. The writing for her character also took a big hit making her possibly the least likeable character in the story. (Even Alyssa was more likeable for gods sake). The rest of the cast did a great job as expected. The story line also became more of a chore to listen too and as it drug on, I finally gave up on my high expectations. All in all, a series worth the listen but I'm almost tempted to suggest reading the last book. If they had just left Eva's narration alone, it may have made up for issues with the story line.

Great listen will keep you entertained.

A good conclusion to a great series. Enough switchbacks to keep it going between occasional obvious comments and parallels to current political topics. Really enjoyed this and the entire series. Certainly ingeniously formatted and the ensemble actors in the audio production are very good.