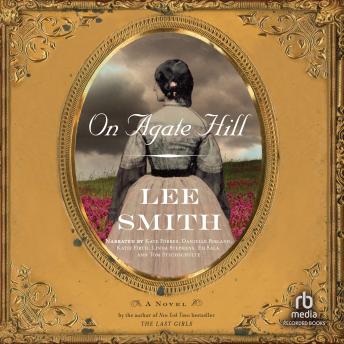 A dusty box discovered in the wreckage of a once prosperous plantation on Agate Hill in North Carolina contains the remnants of an extraordinary life: diaries, letters, poems, songs, newspaper clippings, court records, marbles, rocks, dolls, and bones. It's through these treasured mementos that we meet Molly Petree. Raised in those ruins and orphaned by the Civil War, Molly is a refugee who has no interest in self-pity. When a mysterious benefactor appears out her father's past to rescue her, she never looks back. Spanning half a century, On Agate Hill follows Molly's passionate, picaresque journey through love, betrayal, motherhood, a murder trial-and back home to Agate Hill under circumstances she never could have imagined.

This title is due for release on March 10, 2008
We'll send you an email as soon as it is available!