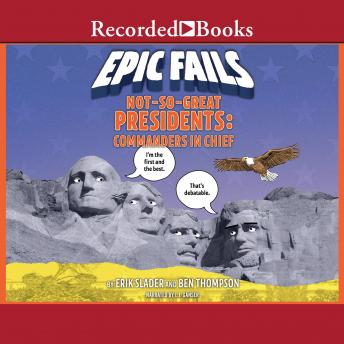 From heroic George Washington to the dastardly Richard Nixon, the oval office has been occupied by larger-than-life personalities since 1789. The position comes with enormous power and responsibility, and every American president thus far has managed to achieve great things. However, the President of the United States is only human?and oftentimes far from perfect. While some men suffered through only minor mishaps during their time in office, others are famously remembered for leaving behind much bigger messes. In the third installment of the Epic Fails series, authors Erik Slader and Ben Thompson, and artist Tim Foley, take readers on another hilarious ride, exploring the lives, legacies, and failures of some of America's commanders in chief.

This title is due for release on May 24, 2019
We'll send you an email as soon as it is available!