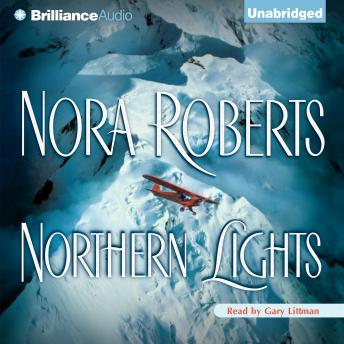 Let #1 New York Times bestselling author Nora Roberts fly you into Lunacy, Alaska, and into a colorful, compelling novel about two lonely souls who are searching for love and redemption…
As a Baltimore cop, Nate Burke watched his partner die on the street—and the guilt still haunts him. With nowhere else to go, he accepted the job as Chief of Police in a tiny, remote Alaskan town with the hopes of starting over. Despite the name, Lunacy provides a balm for Nate’s shattered soul—and an unexpected affair with pilot Meg Galloway warms his nights….
But other things in Lunacy are heating up. Nate suspects the killer in an unsolved murder still walks the snowy streets. His investigation will unearth the secrets and suspicions that lurk beneath the placid surface, as well as bring out the big-city survival instincts that made him a cop in the first place. And his discovery will threaten the new life—and the new love—that he has finally found for himself.

This title is due for release on October 12, 2004
We'll send you an email as soon as it is available!