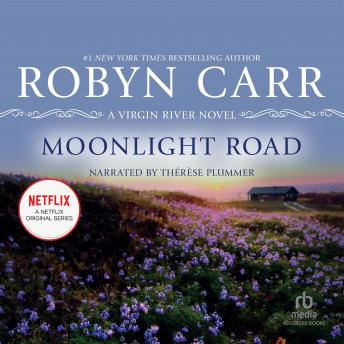 A RITA Award winner, New York Times bestselling author Robyn Carr has garnered critical acclaim for her wildly popular series set in the mountain community of Virgin River, California. This 10th entry features a scruffy-looking physician and a prickly lawyer. With her younger siblings now on their own, attorney Erin Foley has empty nest syndrome at age 35. Planning to reassess her life, she finds refuge in a secluded cabin near Virgin River. But Erin never expects to be spooked by a shaggy-haired mountain man wielding a machete. Beneath his faded fatigues and bushy beard, Aiden Riordan is actually a 36-year-old doctor on a summer sabbatical. Intrigued by the pretty, slightly snooty Erin, he'd love to know her better-if only his unkempt appearance and crazy ex-wife don't get in the way. As Carr skillfully intertwines the lives of two polar opposites, Thérèse Plummer's narration highlights the humor and romance of this enthralling tale.

This title is due for release on November 5, 2010
We'll send you an email as soon as it is available!