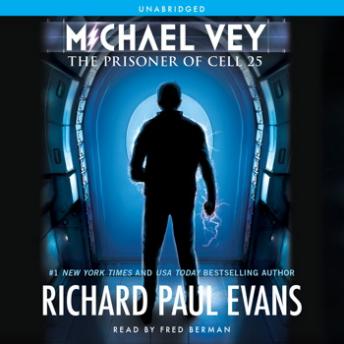 Michael Vey: The Prisoner of Cell 25

To everyone at Meridian High School, fourteen-year-old Michael Vey is nothing special, just the kid who has Tourette’s syndrome. But in truth, Michael is extremely special—he has electric powers. Michael thinks he is unique until he discovers that a cheerleader named Taylor has the same mysterious powers. With the help of Michael’s friend, Ostin, the three of them set out to discover how Michael and Taylor ended up with their abilities, and their investigation soon brings them to the attention of a powerful group who wants to control the electric teens—and through them, the world.

#1 New York Times bestselling author Richard Paul Evans introduces a character whose risk-filled exploration marks the beginning of a riveting new series. With only his powers, his wits, and his friends to protect him, Michael will need all his strength to survive….

I am in my 30s, and I very much so enjoyed this book. In fact I would like to go on to the second book. Two thumbs up.

I love how Mr. Berman reads this book and how he does the characters voices

I believe the reader really did this book justice.

I thought this book was amazingly well written! I really enjoy that they did not "Dumb Down" the book for a younger audience. Still I think it works for both a young adult read or a adult. I'm 32 and really enjoyed it. Recommend it highly.

I gave up halfway through the first CD. How many of this author's characters can have Tourette's Syndrome and special abilities? The story seemed to be going nowhere and I felt like I was rereading one of his other stories.

What a pleasant surprise. I really enjoyed this book. I can't believe it's not a movie yet.

It was a very good book. I am an adult but it held my interest. I look forward to more on the series.

The only problem with this series is I have to wait to see how it ends because the third book is not out until the end of the year (2013). A truly original story with characters that were easy to fall in love with. I had so much fun listening to this booplalisteagain soon

Excellent book. Another member of my family had read this, so I thought I'd give it a try. This books is awesome! I'd put the quality of writing and creativity right up there with the Harry Potter series. It's nice though to start a great series that is not about vampires or sorcerers or witches! Refreshing and creative. Highly recommend to both adults and teens. Also, the narrator does a fantastic job with the audio. A++

This title is due for release on August 9, 2011
We'll send you an email as soon as it is available!