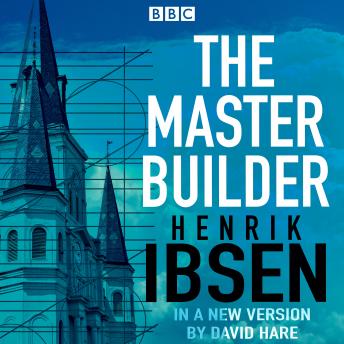 The Master Builder by Henrik Ibsen, in a new version by David Hare

Master builder Halvard Solness is a self-made man. With no professional qualifications, he has built himself up through ruthless ambition, and achieved a position of power and domination in his home town. But his success has come at a cost. His marriage is empty, destroyed by a personal tragedy that has left him wracked with guilt and pain, and he is increasingly frightened of failure and being displaced by the next generation.

Then a mysterious young woman, Hilde Wangel, appears from the mountains, claiming to have met Solness ten years earlier, when she was only 13. She asserts that he kissed her and promised her a kingdom: and now she has returned to claim it. Halvard becomes besotted with Hilde, seeing her as a breath of fresh air, revitalising his life with her youthful energy. And Hilde flatters and praises him, rebuilding his ego. But has she come to seduce him - or to destroy him?

With mystical undertones and resonances for the #MeToo movement, this searing tragedy of middle-aged male hubris explores the troubled psyche of a successful, abusive man who has risen to the greatest heights, only to be toppled from his peak. David Schofield stars as Solness, with Siobhan Redmond as his wife Aline and Laura Aikman as Hilde.

Also included is a bonus programme, In Our Time: Henrik Ibsen, in which Melvyn Bragg and guests discuss the great Norwegian playwright and poet.

This title is due for release on November 4, 2021
We'll send you an email as soon as it is available!