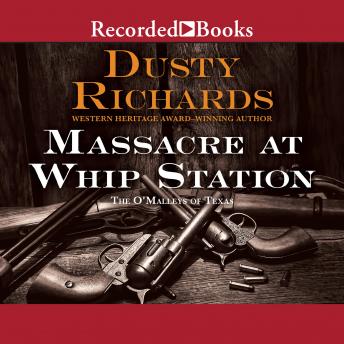 From Western Writers of America Spur Award-winning author Dusty Richards comes a blistering new novel in his O'Malley saga, trailing one family's epic struggle to live out their dreams on the deadly battleground of the Texas Frontier ... Whip Station, a critical stop on the Butterfield stagecoach line, is dead smack in the middle of no-man's land. The lawless call it an easy target. Joe O'Malley calls it home. If anybody can tame a wild, violent territory, it's the seasoned frontiersman. So can his family, who have the same pride and honor coursing through their veins. Helping to plant roots is his son Jackson, a former wrangler married to a steadying force of nature. Joe's grandchildren have their own brand of grit. The boy-a firebrand with a knife. The girl-book-smart and wicked-wise. But Whip Station is also hunting ground for Mexican revolutionaries, savage Indians, post-war renegade Confederates, and the deadliest outlaws who ever drew a breath. It's time for the O'Malleys to take aim. With a rawhide-tough will to survive, they're banding together to protect their future against the most savage odds imaginable.