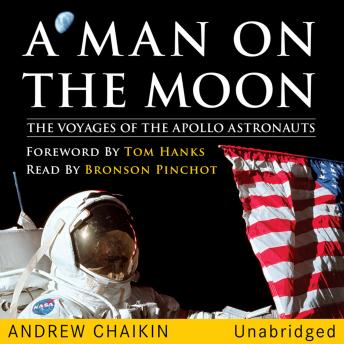 A Man on the Moon

On the night of July 20, 1969, our world changed forever when two Americans, Neil Armstrong and Buzz Aldrin, walked on the moon. Now the greatest event of the twentieth century is magnificently retold through the eyes and ears of the people who were there. Based on the interviews with twenty-three moon voyagers, as well as those who struggled to get the program moving, journalist Andrew Chaikin conveys every aspect of the missions with breathtaking immediacy: from the rush of liftoff, to the heart-stopping lunar touchdown, to the final hurdle of reentry.

Loved learning about the Apollo missions. Very informative and neat to hear.

Well put together, good insight on all participating characters. Just 5 out of 5 across the board.

Absolutely a must read/listen to book. I've listened to it twice. Awesome.

This title is due for release on September 24, 2015
We'll send you an email as soon as it is available!