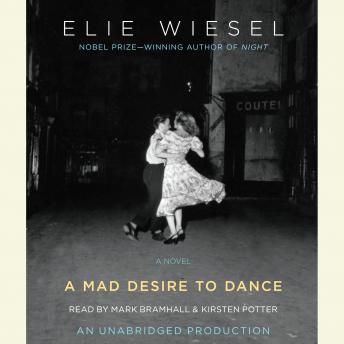 A Mad Desire to Dance

A searing exploration of a man haunted by the horrors of the twentieth century, a man who feels he must be going mad but who finds a way out of the darkness.

Doriel is a European transplanted to New York who carries with him a profound sense of desperation and loss. His mother, a resistance leader, survives the war but dies in a car crash with her husband soon afterward. Doriel's longing for his parents, and a longing to know his family's secrets, haunts him and denies him the chance for happiness or intimacy with women. The intense study of Judaism offers him no solace; to the contrary, he comes to believe he is haunted by a dybbuk. His visits to Israel land him in anti-Zionist enclaves where only the coming of the Messiah is important.

A child during the war, all he knows of the Holocaust comes from movies, newsreels, and books. But it is enough. Five years of psychoanalysis brings him to a crossroads. Finally he comes to grips with his mother's secret -- a wartime affair -- and the process triggers in him a new understanding that only love can heal the most intimate of wounds.

This title is due for release on February 17, 2009
We'll send you an email as soon as it is available!