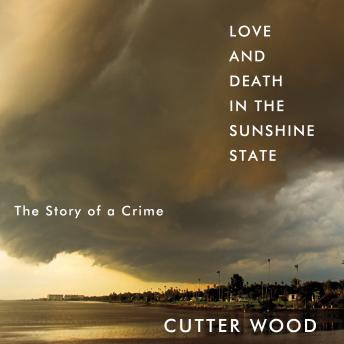 Love and Death in the Sunshine State: The Story of a Crime

When a stolen car is recovered on the Gulf Coast of Florida, it sets off a search for a missing woman, local motel owner Sabine Musil-Buehler. Three men are named persons of interest-her husband, her boyfriend, and the man who stole the car-and the residents of Anna Maria Island, with few facts to fuel their speculation, begin to fear the worst. Then, with the days passing quickly, her motel is set on fire, her boyfriend flees the county, and detectives begin digging on the beach.

Cutter Wood was a guest at Musil-Buehler's motel as the search for the missing woman gained momentum, and he found himself drawn steadily deeper into the case. Driven by his own need to understand how a relationship could spin to pieces in such a fatal fashion, he began to meet with the eccentric inhabitants of Anna Maria Island, with the earnest but stymied detectives, and with the affable man soon presumed to be her murderer. But there is only so much that interviews and records can reveal; in trying to understand why we hurt those we love, this book, like Truman Capote's classic In Cold Blood, tells a story that exists outside of documentary evidence.

The stated point of the book, to understand the nature of love and how relationships can go up in flames, is not focused on. There is little reflection about this. There are some touching descriptions of Sabine, and you are able to get a sense of the striking and lovely woman she was. With that said, the narrator lacks self awareness as he inserts himself into the lives of Sabine’s grieving loved ones and makes a fool of his girlfriend. He tells his relationship story along with that of Sabine, and the connection between the 2 and value this offers does not come through. If you want to hear the story of Sabine, watch a documentary of her. If you want to understand the intricacies of connections that appear loving but ultimately end in murder and strife, look somewhere else. If you want to read a memoir by a writer in an MFA program finding a story that moves him, you can find it here.

just simply was not my type of book.

Too much superfluous details . Hard to follow the story line . BORING ! The narrator voice was monotone