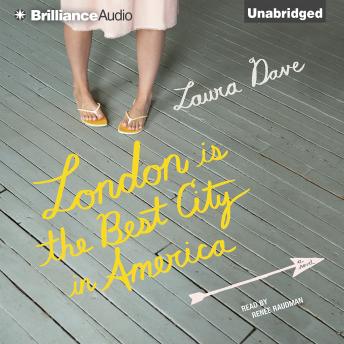 London Is the Best City in America: A Novel

Three years ago, Emmy Everett made the painful decision to call off her engagement and leave New York City behind. Since then she has been hiding out in Rhode Island working at a bait and tackle shop and haphazardly shooting a documentary about fishermen’s wives. July 4th weekend has rolled around again and Emmy is mustering up the courage to return home to New York (the site of her own failed romance) to celebrate her brother Josh’s wedding.En route to his bachelor party, Emmy is shocked when her typically resolute brother confesses that he is having serious doubts about getting married—and he may even be in love with another woman.Emmy is determined to help her brother face up to this decision—the one she fled from herself. With less than twenty-four hours to go before the wedding, she takes Josh on a road trip to find this mystery woman. Along the way, Emmy embraces her own hard-earned lessons about romance, commitment, and what happens when we refuse to let go of the past.

London Is the Best City in America: A Novel

This title is due for release on May 18, 2006
We'll send you an email as soon as it is available!