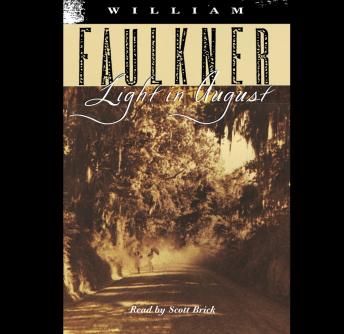 From the Nobel Prize winner—one of the most highly acclaimed writers of the twentieth century—a novel set in the American South during Prohibition about hopeful perseverance in the face of mortality.

Light in August features some of Faulkner’s most memorable characters: guileless, dauntless Lena Grove, in search of the father of her unborn child; Reverend Gail Hightower, who is plagued by visions of Confederate horsemen; and Joe Christmas, a desperate, enigmatic drifter consumed by his mixed ancestry.

“Read, read, read. Read everything—trash, classics, good and bad, and see how they do it. Just like a carpenter who works as an apprentice and studies the master. Read! You’ll absorb it. Then write. If it is good, you’ll find out. If it’s not, throw it out the window.” —William Faulkner

This title is due for release on April 18, 2006
We'll send you an email as soon as it is available!