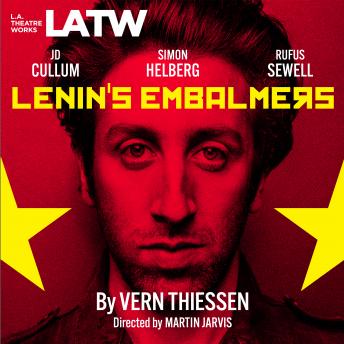 After Vladimir Lenin's death, Stalin orders two Jewish scientists to preserve Lenin's body for all time. If they succeed, the rewards will be considerable. If not, it's the gulag – or worse. Based on real events, Vern Thiessen's nimble dark comedy exposes the absurdities of Soviet life under Stalin.

Recorded at The Invisible Studios, West Hollywood in July 2018.

This title is due for release on November 30, 2018
We'll send you an email as soon as it is available!