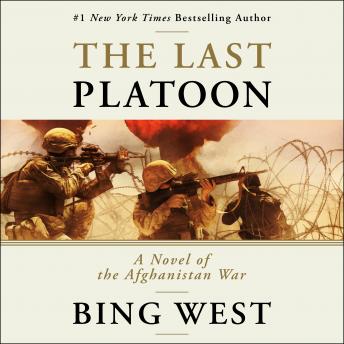 The Last Platoon: A Novel of the Afghanistan War

A platoon of Marines and CIA operatives clash in a fight to the death with the drug lords and the Taliban, while in Washington, the president seeks a way out.

This authentic war story vividly displays how a warrior must replenish his own moral courage and not allow ambition to coarsen his sense of decency.

The Last Platoon explores firefights expertly told by a combat veteran. Listeners will feel like they have entered a strange, alien world as they hear, in great detail, how the Marines and Taliban clash, circle each other, probe for weakness, and clash again in primordial violence, neither side yielding. While intrigue and deceit play out at the higher levels, in Afghanistan's bright poppy fields only the killing instinct will decide the winner.

Picked this up in VIP a while back. I could see and feel the action. Enjoyed the book very much. Rear story but unfortunately, it's an all too common one...

Good book with a gripping story. Interesting how the top brass was only interested in extending their careers at the expense of the men and willing to put the blame on others to do just that. I found myself getting angry at this as they were nowhere near the fighting and were quick to judge.

Good book, but not an outstanding listen

Good story. I have a feeling real life is worse than depicted. Narrator is very good.

This title is due for release on December 15, 2020
We'll send you an email as soon as it is available!