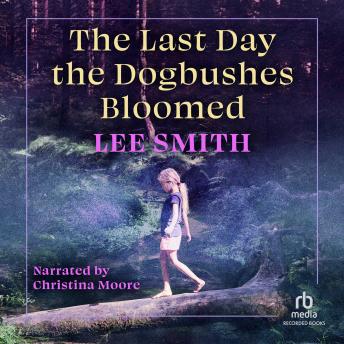 The Last Day the Dogbushes Bloomed

This disarming first novel from award-winning author Lee Smith vibrantly displays the remarkable talent that led her to become one of America's most popular fiction writers. Like To Kill a Mockingbird, it evokes the hot summer nights of childhood's lost innocence. Nine-year-old Susan has the whole glorious, carefree summer ahead of her. Sometimes she worries that her mother and father aren't happy together, but from her vantage point under the dogbushes, the world is safe and wonderful. Her life begins to change when her friends introduce her to the creepy new city kid, Eugene, who's come to spend the summer. Eugene holds a strange power over the group, a power that Susan feels most profoundly on the night she is forced to play 'doctor.' Although it has its dark moments, this lyrical, compassionate novel strikes a nostalgic chord in everyone. Narrator Christina Moore is superbly convincing as the character of a young girl facing disillusionment, divorce, and even rape as she comes to terms with a world that can often be cruel.

This title is due for release on March 5, 2008
We'll send you an email as soon as it is available!