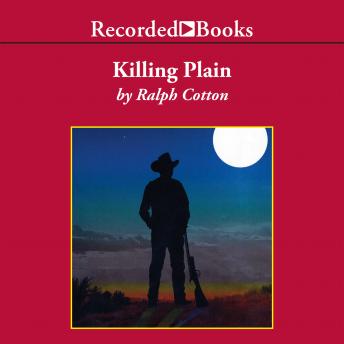 USA Today best-selling author and Pulitzer Prize nominee Ralph Cotton is one of the most popular chroniclers of the Old West. In Killing Plain he displays the striking combination of gritty authenticity and lyrical beauty that has earned widespread critical acclaim. Lonzo Greer and his Black Moon gang are leaving a blood-soaked trail on the unforgiving desert sands of the Arizona Territory-and they've got a personal vendetta against Ranger Sam Burrack. But, with the lethal precision of his bonehandled Colt, Sam's as formidable as any of the Black Moon boys, and he's got an equally deadly partner in Ranger Hadley Jones.

This title is due for release on March 4, 2008
We'll send you an email as soon as it is available!