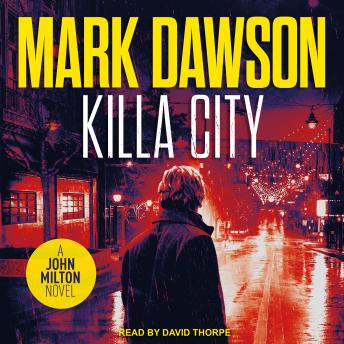 A storm is brewing in the heartlands of America and John Milton senses something in the air . . .

John Milton has a nose for trouble. He can smell it a mile away. And when he witnesses a suspicious altercation between a young man and two thugs in a car auction parking lot, he can't resist getting involved.

Milton came to Kansas City hoping to find a way out of danger. His recent vendetta against a cartel hitman who killed his friend has made him enemies in high places. Now he needs to find the only man who can get him out of this mess. But, like a moth to a flame, Milton is drawn to anyone who needs his help. And this time, he's also drawing the attention of money laundering criminals who really mean business.

Driven by a desire to atone for the darkness in his past, Milton is a man on a mission. But, in a city of undercover crime and corruption, what does that mean for his future? With danger all around him, will Milton's burning conscience finally be the death of him?

This title is due for release on October 15, 2020
We'll send you an email as soon as it is available!