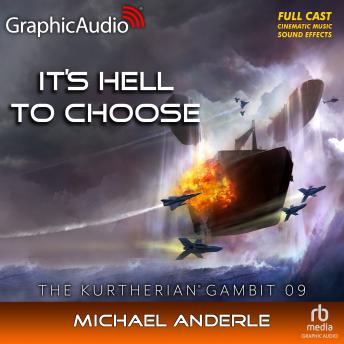 It's Hell To Choose [Dramatized Adaptation]: The Kurtherian Gambit 9

'The World is caught off guard by the sudden advances in technology, some are not happy about that at all.

Bethany Anne's group needs to move into production, who is she going to hire for that position?

Old enemies take a stronger stance at revenge than before.

Helping others is a tall order, but TQB Rises to the Occasion!

Now, the World is on Notice!