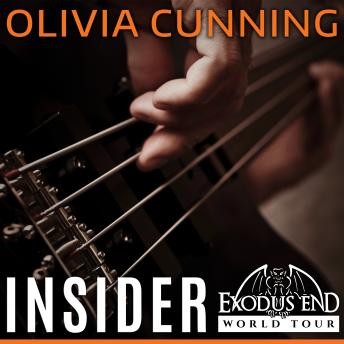 Toni Nichols set aside her dreams to raise her little sister, but now she's reaching for the stars as the creator of a revolutionary interactive biography about Exodus End. She's on tour with the rock band to immerse herself in their world, but how will she ever gain the trust of four veteran superstars who've been burned by the media before? Nobody said this was going to be easy. Then again, good things can come in hard packages.

Adrenaline junkie Logan Schmidt lives for the rush of playing his bass guitar before thousands of screaming fans. When he's not performing onstage or in the bedroom, he's looking for his next thrill in extreme sports. So why does a sweet, innocent journalist get his heart pumping and capture his full attention? Is Toni the real deal, or is she just digging up dirt on his band? Logan's eager to rock Toni's world, but when she starts to get too close to his heart, she takes her insider look to a place he may never be willing to go.Contains mature themes.

This title is due for release on August 28, 2015
We'll send you an email as soon as it is available!