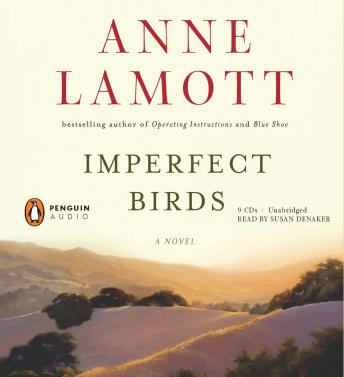 From the New York Times bestselling author of Hallelujah Anyway, Almost Everything, and Bird by Bird, a powerful and redemptive novel of love and family

Rosie Ferguson is seventeen and ready to enjoy the summer before her senior year of high school. She's intelligent-she aced AP physics; athletic-a former state-ranked tennis doubles champion; and beautiful. She is, in short, everything her mother, Elizabeth, hoped she could be. The family's move to Landsdale, with stepfather James in tow, hadn't been as bumpy as Elizabeth feared.

But as the school year draws to a close, there are disturbing signs that the life Rosie claims to be leading is a sham, and that Elizabeth's hopes for her daughter to remain immune from the pull of the darker impulses of drugs and alcohol are dashed. Slowly and against their will, Elizabeth and James are forced to confront the fact that Rosie has been lying to them-and that her deceptions will have profound consequences.

This is Anne Lamott's most honest and heartrending novel yet, exploring our human quest for connection and salvation as it reveals the traps that can befall all of us.

This title is due for release on April 6, 2010
We'll send you an email as soon as it is available!