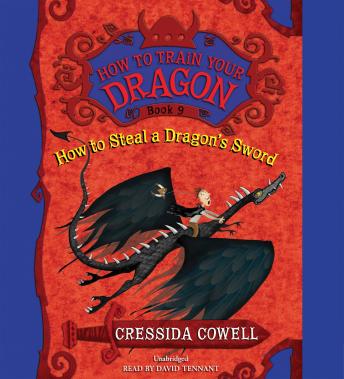 How to Train Your Dragon: How to Steal a Dragon's Sword

The How to Train Your Dragon series chronicles the adventures and misadventures of Viking underdog Hiccup Horrendous Haddock III and his dragon, Toothless. In Book 9, a dragon rebellion is coming--filled with the meanest, nastiest dragons in the Archipelago. Razor-wings, Tonguetwisters, and Vampire Ghouldeaths are attacking Vikings and seem to be seeking one soul in particular: Hiccup Horrendous Haddock the Third! Only a King can save them...and only a champion with all of the King's Lost Things can be King. In his adventures, Hiccup has collected quite a few 'things' himself. But can a scrawny Viking save the entire Archipelago from certain doom? To find out, Hiccup will have to outwit a witch, fight his arch-enemy, and beat back an army of bloodthirsty dragons with just one sword.

How to Train Your Dragon: How to Steal a Dragon's Sword

This title is due for release on May 20, 2014
We'll send you an email as soon as it is available!