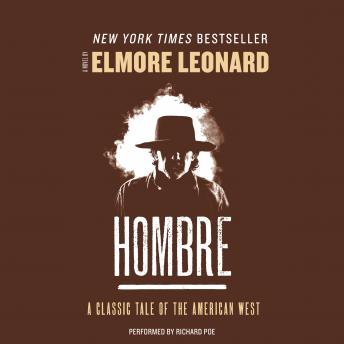 Grand Master Elmore Leonard is justifiably acknowledged as “the best writer of crime fiction alive” (Newsweek)—and, in fact, one of the very best ever, alongside other all-time greats like John D. MacDonald, Dashiell Hammett, James M. Cain, and Robert Parker. But he has also many acclaimed masterworks of American western fiction to his credit—including Hombre, the basis for the classic Hollywood motion picture starring Paul Newman. Set in Arizona mining country, Hombre is the tale of a white man raised by Indians, who must come to the aid of people who hate him when their stagecoach is attacked by outlaws. As thrilling as his contemporary novels of crime, double-cross, and murder in Detroit and Miami, Hombre is Elmore Leonard at his riveting best—no less than one would expect from the creator of U.S. Marshal Raylan Givens (Justified).

This title is due for release on February 21, 2017
We'll send you an email as soon as it is available!