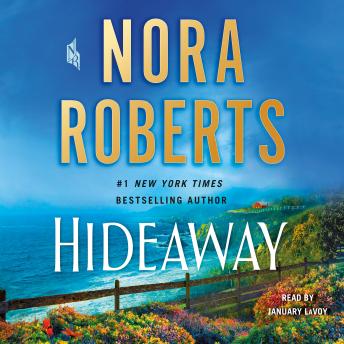 Caitlyn Sullivan had come from a long line of Hollywood royalty, stretching back to her Irish immigrant great-grandfather. At nine, she was already a star—yet still an innocent child who loved to play hide and seek with her cousins at the family home in Big Sur. It was during one of those games that she disappeared.

Some may have considered her a pampered princess, but Cate was in fact a smart, scrappy fighter, and she managed to escape her abductors. Dillon Cooper was shocked to find the bloodied, exhausted girl huddled in his house—but when the teenager and his family heard her story they provided refuge, reuniting her with her loved ones.

Cate’s ordeal, though, was far from over. First came the discovery of a shocking betrayal that would send someone she’d trusted to prison. Then there were years spent away in western Ireland, peaceful and protected but with restlessness growing in her soul.

Finally, she would return to Los Angeles, gathering the courage to act again and get past the trauma that had derailed her life. What she didn’t yet know was that two seeds had been planted that long-ago night—one of a great love, and one of a terrible vengeance…

'Narrator January LaVoy brings a richly layered performance to a story about a Hollywood kidnapping...She expertly handles the large cast of multigenerational characters...Adding an additional level of enjoyment is LaVoy's depiction of Caitlyn's profession: voice actress. How fun!' -- AudioFile Magazine

One of my favorite Nora Roberts and the narration was superb

Another winner by Nora.

Such a good listen lots of twist and turns. Characters are very realistic easy to relate too.

Great book but it could have been just as good without the “F” word so much. It really was unnecessary.

Enjoyed this book, and loved the reader. Kept me engaged in the storyline. I have read others of this author and haven’t been disappointed.

The story was good. But there were superfluous characters that didn’t add to the story at all ans just made it a longer book for no real reason. It did have spots where there was good suspense and the important characters were well developed.

Such a GOOD book and awesome narrator! I gasped, laughed, and didn’t want to get out of my car!

One of Nora Roberts' best--suspenseful from start to finish! Great narration, too.

The story had interesting characters and enough action to keep us involved.

Didn't care for it

I really enjoyed this book. It had a great story and kept me interested. I recommend it!

A good book and the narrator was excellent!

Excellent story, suspenseful, and great read. The narrator was fantastic and very much in the characters. Enjoyed listening to this book and would definitely recommend.

loved it. a great listen

Predictable and formulaic. Great if you like that sort of thing. No matter how it's couched, the trope of women needing rescuing gets old.

This is my first audio book. It was good but predictable. The audio book accompanied me on my daily 4 mile walk. It did make the walk seem faster.

This title is due for release on May 26, 2020
We'll send you an email as soon as it is available!