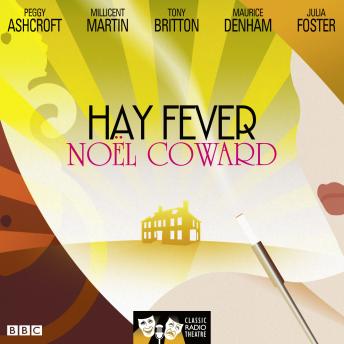 Judith Bliss is a famous actress who, after a string of successful roles, has retired to her country retreat. Missing the adulation of her public, she has has invited a fan over for a weekend of uninterrupted adoration - unaware that the rest of her family has company arriving too. Hoping for a delightful weekend, the four unwitting visitors are subjected to the full force of the Bliss’s theatrical lifestyle... Noël Coward’s sparkling comedy features a stellar cast including Millicent Martin, Maurice Denham and Julia Foster. This recording was first issued on cassette in 1988.

This title is due for release on March 1, 2011
We'll send you an email as soon as it is available!