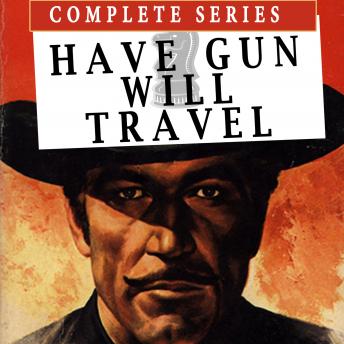 Have Gun Will Travel

Have Gun Will Travel was a Western adventure radio show that started on ABC in November 1958, just a year after its television version aired. At first the scripts for the radio show were derived from those of the television show, making the episodes in sync with one another. Later, though, the radio show started making scripts on its own. The story is about guns for hire, with the main character being Paladin, played by John Denner. Despite the nature of the job, Paladin is in fact a principle man, as he prefers solving problems in a peaceful manner if at all possible. He usually works for people who he believes were wronged. Although it is important that his client can pay, he also works for free for those who can't pay. The radio show was on air until 1960, and the television show lasted until 1963.