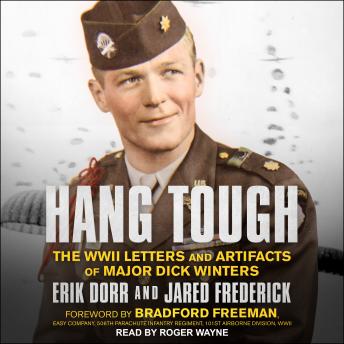 The compelling WWII correspondence of Major Dick Winters, commander of the Band of Brothers.

Major Dick Winters of the 101st Airborne gained international acclaim when the tale of he and his men were depicted in the celebrated book and miniseries Band of Brothers. Hoisted as a modest hero who spurned adulation, Winters epitomized the notion of dignified leadership. His iconic World War II exploits have since been depicted in art and commemorated with monuments.

Beneath this marble image of a reserved officer is the story of a common Pennsylvanian tested by the daily trials and tribulations of military duty. His wartime correspondence with pen pal and naval reservist, DeEtta Almon, paints an endearing portrait of life on both the home front and battlefront-capturing the humor, horror, and humility that defined a generation. Interwoven with postwar reminiscences and rich historical context, Winters's letters offer compelling insights on the individual costs and motivations of World War II service members.

This title is due for release on November 10, 2020
We'll send you an email as soon as it is available!