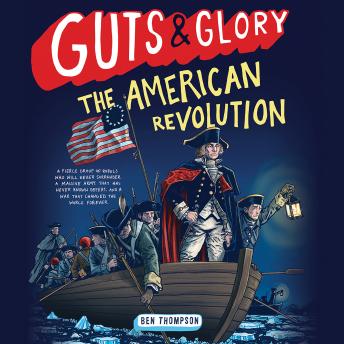 Now available in paperback, this fourth book in the action-packed Guts & Glory series takes readers through the exciting and fascinating history of the American Revolution. Perfect for history buffs, reluctant readers, and fans of Hamilton!

From George Washington crossing the icy Delaware, to Molly Pitcher fearlessly firing her cannon, the people of the American Revolution were some of the bravest and most inspiring of all time. Jump into a riot in the streets of Boston, join the Culper Spy Ring as they steal secrets in the dead of night, and watch the signing of the Declaration of Independence in this accessible, illustrated guide to the birth of the United States.