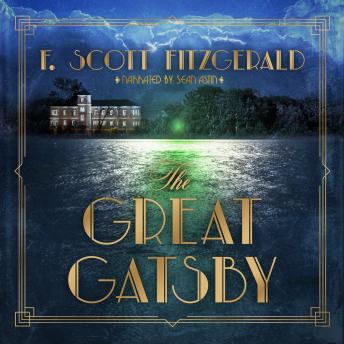 The year is 1922, and young Nick Carraway moves to the village of West Egg, where he discovers that his neighbor is the eclectic millionaire Jay Gatsby. As he and Gatsby become acquainted, Nick is thrown into a world full of dazzling parties, unrequited love, and unchecked idealism.

Gatsby, surrounded by riches, yearns for the love of a woman who chose another man. He waits for her every night, using a green light at the end of his dock to call out to her from across the water. Daisy, stuck in a loveless marriage, dreams of what could have been-and gets a taste for it after she is re-acquainted with Gatsby through Nick.

Considered by critics to be one of the greatest novels ever written, this 1925 masterpiece is a portrait of the Roaring Twenties that's full of literary intrigue, resounding metaphors, and decadent glimpses into the glitz and glam of early twentieth-century America. As relevant today as ever, it offers a cautionary tale of the American Dream, warning against the temptation to believe that enough money paired with equal desire can achieve anything-even reverse the deepest regrets.