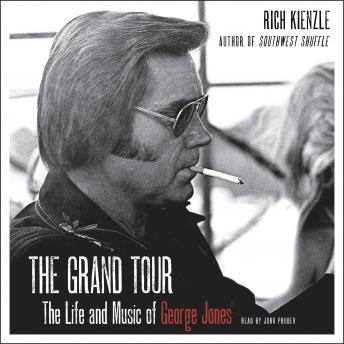 The Grand Tour: The Life and Music of George Jones

In the vein of the classic Johnny Cash: The Life, this groundbreaking work explores the wild life and extraordinary musical career of “the definitive country singer of the last half century” (New York Times), who influenced, among others, Bob Dylan, Buck Owens, Emmylou Harris, John Fogerty, George Strait, Alan Jackson, and Garth Brooks.

The George Jones of this heartfelt biography lived hard before finding contentment until he died at eighty-one—a story filled with whiskey, women and drugs but always the saving grace of music.

Illustrated with eight pages of photos.

Grand Tour: The Life and Music of George Jones

This title is due for release on March 29, 2016
We'll send you an email as soon as it is available!