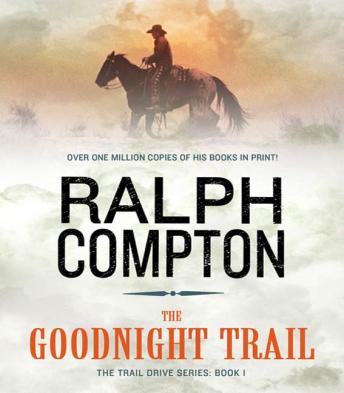 Former Texas Rangers Benton McCaleb, Will Elliot, and Brazos Gifford ride with Charles Goodnight as he rounds up thousands of ornery, unbranded cattle for the long drive to Colorado. From the Trinity River brakes to Denver, they'll battle endless miles of flooded rivers, parched desert, and whiskey-crazed Comanches. And come face-to-face with Judge Roy Bean and legendary gunslingers like Clay Allison. For McCaleb and his hard-riding crew, the drive is a fierce struggle against the perils of an untamed land. A fight to the finish where the brave reach glory-or die hard.

This title is due for release on May 24, 2011
We'll send you an email as soon as it is available!