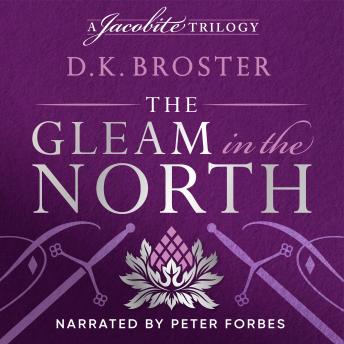 The Gleam in the North: The sequel to the Flight of the Heron

The Gleam in the North - a sequel to The Flight of the Heron
Set six years after the bloody conflict of Culloden, The Gleam in the North sees Ewen Cameron living back in his ancestral home in the Highlands with his beautiful wife Alison and their two small sons.
They are delighted by a surprise visit from Alison's brother Hector, on leave from his regiment in France.
But Hector's visit is not all it seems. He is on a secret mission for the young Pretender Bonnie Prince Charlie, but before he can deliver a vital coded letter to a fellow Jacobite, he is attacked on a lonely Highland road and left for dead. After regaining consciousness, he discovers that the incriminating letter is missing.
Who has stolen it and why? And how did they know he was carrying it?
Meanwhile, Ewen's kinsman, Doctor Archibald Cameron, has returned to the Highlands to seek further financial support for the Jacobite cause, knowingly putting himself and anyone associated with him in mortal danger.
A notorious supporter of Bonnie Prince Charlie, he is an outlaw in his own country and the English Army are determined to find and arrest him for treason - for which the penalty is death.
Ewen is once again swept up into a thrilling adventure as he attempts to save his cousin Archie and to unravel the mystery regarding Hector's stolen letter. Could the two be connected?
But who can he really trust, when it seems certain that there is a spy working for the English Government within his own trusted circle of family and friends?

With action, historical adventure and lyrical descriptions of the Scottish Highlands, The Gleam in the North is sure to appeal to fans of Diana Gabaldon's Outlander series and Peter May's Lewis trilogy.

Gleam in the North: The sequel to the Flight of the Heron