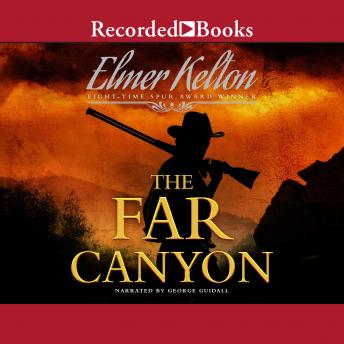 Spur-award winning author Elmer Kelton delivers the sequel to his novel Slaughter with this powerful story of one man's search for peace on the war-stricken plains of the Wild West. In The Far Canyon, Kelton masterfully unveils for his reader the finality of the buffalo's demise, the beginning of a time when cattle would replace the American bison on the southern plains and ultimately end the Plains Indian culture. The novel reveals the history of the period, not in a general grand swoop of the pen, but rather, up close and personal, so his readership can judge the impact of the period upon his characters.

This title is due for release on January 25, 2019
We'll send you an email as soon as it is available!