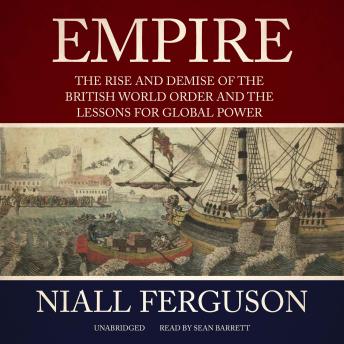 Empire: The Rise and Demise of the British World Order and the Lessons for Global Power

The British Empire was the largest in all history: the nearest thing to global domination ever achieved. The world we know today is in large measure the product of Britain’s age of empire. The global spread of capitalism, telecommunications, the English language, and the institutions of representative government—all these can be traced back to the extraordinary expansion of Britain’s economy, population, and culture from the seventeenth century until the mid-twentieth. On a vast and vividly colored canvas, Empire shows how the British Empire acted as midwife to modernity.

Displaying the originality and rigor that have made him the brightest light among British historians, Ferguson shows that far from being a subject for nostalgia, the story of the Empire is pregnant with lessons for the world today—in particular for the United States as it stands on the brink of a new kind of imperial power. A dazzling tour de force, Empire is a remarkable reappraisal of the prizes and pitfalls of global empire.