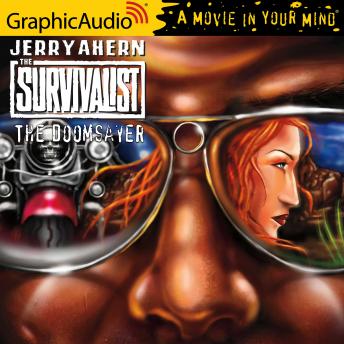 John Thomas Rourke, ex-CIA Covert Operations Officer, weapons expert, and survival authority, is pursuing the trail of his wife and children from whom he was separated when World War III began. As he sets out from his retreat, he meets a beautiful woman scientist, who has learned that the nuclear bombing on the Night of the War has created an artificial fault line. Within days, perhaps hours, it will cause one of the most massive quakes in history—separating the Florida peninsula from the U.S. mainland. Rourke must postpone the search for his family in order to reach Army intelligence and begin the evacuation of Florida. He must also find young Paul Rubenstein who has gone there to learn if by some miracle his parents had survived The War. Communist Cuban troops, Soviet-Cuban rivalry, a traitor in the inner circle of U.S. II and natural disaster of blood-chilling magnitude block Rourke's way. But he must go on—he is The Survivalist.