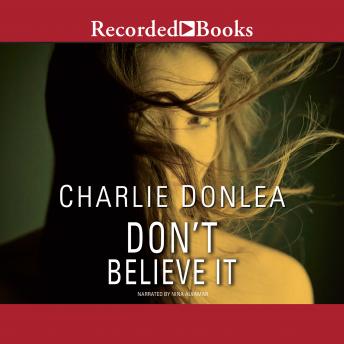 From acclaimed author Charlie Donlea comes a twisting, impossible-to-put-down novel of suspense in which a filmmaker helps clear a woman convicted of murder-only to find she may be a pawn in a sinister game. The Girl of Sugar Beach is the most watched documentary in television history-a riveting, true-life mystery that unfolds over twelve weeks and centers on a fascinating question: Did Grace Sebold murder her boyfriend, Julian, while on a Spring Break vacation, or is she a victim of circumstance and poor police work? Grace has spent the last ten years in a St. Lucian prison, and reaches out to filmmaker Sidney Ryan in a last, desperate attempt to prove her innocence. As Sidney begins researching, she uncovers startling evidence, additional suspects, and timeline issues that were all overlooked during the original investigation. Before the series even finishes filming, public outcry leads officials to reopen the case. But as the show surges towards its final episodes, Sidney receives a letter saying that she got it badly, terribly wrong. Sidney has just convinced the world that Grace is innocent. Now she wonders if she has helped to free a ruthless killer. Delving into Grace's past, she peels away layer after layer of deception. But as Sidney edges closer to the real heart of the story, she must decide if finding the truth is worth risking her newfound fame, her career.even her life.

This is my third Charlie Donlea book. While he is good writer, the ending of all of his books are rather dissatisfying. The ending of this one was the most dissatisfying of all. Unless you want to spend hours listening to what could have been a good book only to be left hollow at the end, then don’t waste your time. I will never listen to another Charles Donlea book again.

Again another book by Charlie Donlea that I hav absolutely enjoyed!! Need to check into some more of his. Wonderful narrator very easy to understand and her voices are great!

I really hate to say this, because I have really enjoyed Charlie Donlea's work (and he even wrote me back one time), but this is one disappointing read. Charlie Donlea is good with details, but the plot was unresolved, and a lot of the book was anticlimactic. At least the ending did not go the way I thought it would.

Charlie Donlea is fast becoming a favourite of mine, so when I saw this in the book club I grabbed it. Hooked from the beginning, i binged the booked. Lots of twists and turns. All in all a very enjoyable story. It would've been 5* from me if it wasn't for the ending. I felt it was a bit of a let down, although good, I feel I didn't finish strong as it could have. I s th ere room for a sequel? I think so & fingers crossed there will be, Then that would make sense to the end of this book. Dont let this put you off, read it!

Excellent “who dinner”. Held my interest all the way through. But, the ending was a surprise

This title is due for release on May 29, 2018
We'll send you an email as soon as it is available!