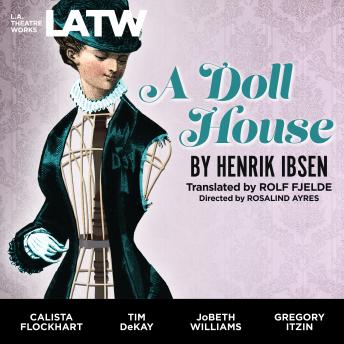 Nora Helmer has everything a young housewife could want: beautiful children, an adoring husband, and a bright future. But when a carelessly buried secret rises from the past, Nora's well-calibrated domestic ideal starts to crumble. Ibsen's play is as fresh today as it was when it first stormed the stages of 19th-century Europe.

Recorded in Los Angeles before a live audience at the James Bridges Theater, UCLA in September, 2011.

This title is due for release on January 15, 2012
We'll send you an email as soon as it is available!