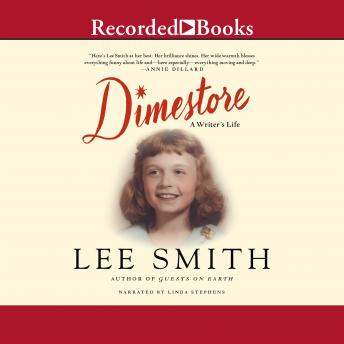 In her first work of nonfiction, Lee Smith deploys the wit, wisdom, and graceful prose for which she is beloved to conjure her early days in the small coal town of Grundy, Virginia-and beyond. For the inimitable Lee Smith, place is paramount. For forty-five years, her fiction has lived and breathed with the rhythms and people of the Appalachian South. But never before has she written her own story. Set deep in the rugged Appalachian Mountains, the Grundy of Lee Smith's youth was a place of coal miners, mountain music, and her daddy's dimestore. It was in that dimestore--listening to customers and inventing life histories for the store's dolls--that she began to learn the craft of storytelling. Even though she adored Grundy, Smith's formal education and travels took her far from Virginia, though her Appalachian upbringing never left her. Dimestore's fifteen essays are crushingly honest, always wise, and superbly entertaining. Smith has created both a moving, personal portrait and a broader meditation on embracing one's heritage. Hers is an inspiring story of the birth of a writer and a poignant look at a way of life that has all but vanished. 'You know how in Lee Smith's fiction there's always something so fresh, crazy, and loving? In Dimestore is the essence of Lee.' -Roy Blount Jr., author of Alphabetter Juice: or, The Joy of Text

This title is due for release on March 22, 2016
We'll send you an email as soon as it is available!