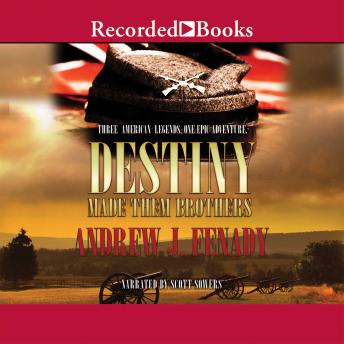 Destiny Made Them Brothers

Screenwriter, actor, producer and award-winning author Andrew J. Fenady knows the Western genre as few do. Destiny Made Them Brothers follows General Ulysses S. Grant, George Armstrong Custer, and Rebel Johnny Yuma, united by fate and friendship. The elusive one of the bunch, Johnny plays a vital role in Grant's victory for the Union, Lee's surrender at Appomattox and Custer's deadly campaigns in the West.

This title is due for release on June 14, 2013
We'll send you an email as soon as it is available!