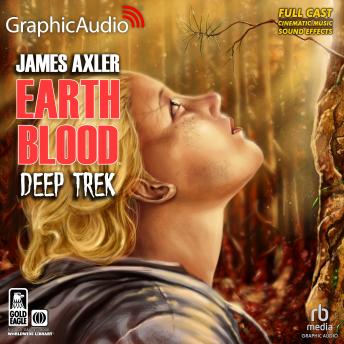 The lethal plant cancer know as Earthblood had destroyed life on the planet in a matter of months, leaving a barron wilderness road where markers are corpses and cities are death traps. Into this nightmarish world the crew of the United States space vessel Aquila returned, a world of grim hunger andd sudden death.

The surviving crew members reunite after harrowing journeys to find family and friends, determined to fight and defund their place in what's left of a world gripped by madness. Continued rumors of a secret military base in the north give Commander Jim Hilton and his crew new hope. But as they follow the trail left by General Zelig, they find they must cross paths with a paramilitary group prepared to claim the new world for its own.