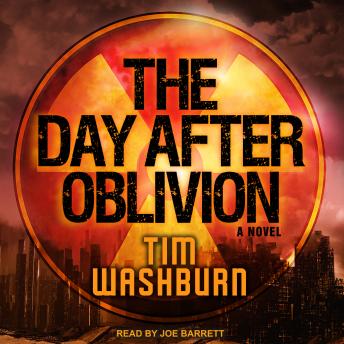 The Day after Oblivion

AND SO IT BEGINS . . .
In the United States, the Department of Defense and the NSA computer networks have been hacked. A nuclear-armed CIA drone has lost all flight control. North Korea . . . Iran . . . Russia . . . and soon the gates of Hell will open.

DEFCON 1-FULL SCALE NUCLEAR WAR
Humanity's most terrifying nightmare has become reality. Bombs are detonated, missiles are launched, counterstrikes are ordered, and within minutes, untold thousands of megatons have left countless millions dead or dying. Devastation of biblical proportions has fallen over the land . . . and the USA has been hit the hardest.

NOW THE SURVIVORS ARE ON THEIR OWN . . .
The death toll is incalculable. Following the devastation, there is no law, no power, no communication. But there are survivors. And now the real battle begins, on the ground, hand to hand, person to person. Can those who remain survive long enough to rebuild a world . . . or will it just take a little longer for them to die?

This is a great story that kept me interested the entire book. The details were very well-researched, the storyline well-organized, and the action flowed smoothly.

Narration wasn’t right. Too matter of fact. Not a lot of emotion.

"The Day After Oblivion" had me hooked at the first few sentences. I enjoyed it through the end. After it ended I wandered around the house wondering what happened next to the characters.

The book itself was a great read. It's the producer I take issue with. In every single instance when referring to the Wind "Turbine" they are trying to get power from, the narrator said 'wind turban" instead of "wind turbine." Other than that, the narrator did well.

This title is due for release on January 30, 2018
We'll send you an email as soon as it is available!