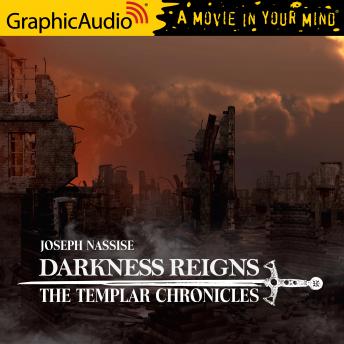 'The world changed while they were away... Gabrielle Williams has done the impossible. She pierced the Veil, entered the Beyond, and located the long-lost leader of the Echo Team, her husband, Cade. But the world they return to is not the one they left behind. All they fought for, everything they sought to preserve through their sacrifices, seems lost. As they struggle to find familiar faces in an unfamiliar world, one question burns in the forefront of their thoughts. What happened to the Templars? Performed by Steve Wannall, David Coyne, Laura C. Harris, Rob McFadyen, Chris Davenport, Terence Aselford, Christopher Graybill, Eric Messner, Bill Gillett, Stephon Walker, Matthew Schleigh, Robb Moreira, Matthew Pauli, Richard Rohan, Yasmin Tuazon, Karen Novack, and Thomas Penny.'