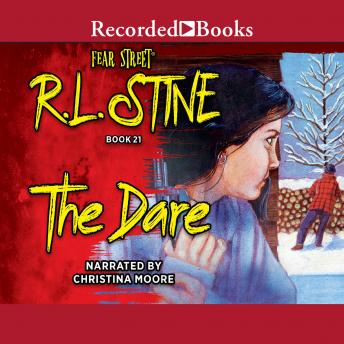 Johanna Wise longed to be a part of the rich popular clique at Shadyside High School. When Dennis Arthur, the star of the track team and one of the most popular guys in school, asks Johanna out it is a dream come true. They seem to have so much in common as they joke about school and creative ways to get rid of their least favorite teacher, Mr. Northwood. When Dennis dares her to actually kill Mr. Northwood Johanna jokingly says yes. The problem is that the entire school is taking her seriously-including Dennis. Now she risks losing Dennis and her new popular friends if she doesn't go through with the dare. But can Johanna really kill for love? R.L. Stine has become a phenomena. He has written over three dozen mysteries and thriller for young people and is reported to have outsold John Grisham.

This title is due for release on May 22, 2009
We'll send you an email as soon as it is available!