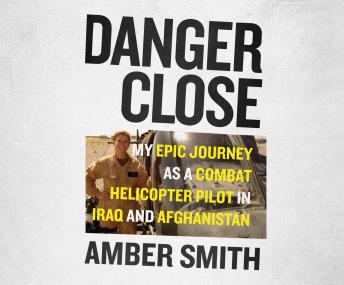 Danger Close: My Epic Journey As a Combat Helicopter Pilot in Iraq and Afghanistan

Amber Smith flew into enemy fire in some of the most dangerous combat zones in the world. One of only a few women to fly the Kiowa Warrior helicopter, Smith rose to Pilot-in-Command and Air Mission Commander in the premier Kiowa unit in the Army, repeatedly flying into harm's way during her 2005 and 2008 deployments with the 101st Airborne Division, the Screaming Eagles. Smith takes you into the heat of battle, enabling readers to feel, hear, and smell the experience of serving as a combat pilot in high-intensity warfare. She learned to perform under pressure and persevere under extreme duress-both in action against an implacable enemy and within the elite boy's club of Army aviation.

Danger Close: My Epic Journey As a Combat Helicopter Pilot in Iraq and Afghanistan

This title is due for release on September 6, 2016
We'll send you an email as soon as it is available!