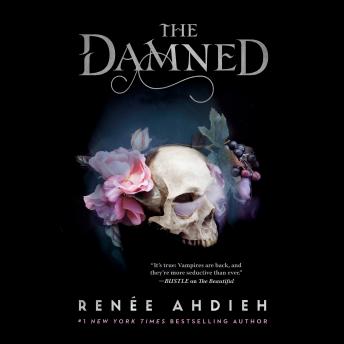 #2 of The Beautiful Quartet

Following the events of The Beautiful, Sébastien Saint Germain is now cursed and forever changed. The treaty between the Fallen and the Brotherhood has been broken, and war between the immortals seems imminent. The price of loving Celine was costly.

But Celine has also paid a high price for loving Bastien. Still recovering from injuries sustained during a night she can't quite remember, her dreams are troubled. And she doesn't know she has inadvertently set into motion a chain of events that could lead to her demise and unveil a truth about herself she's not ready to learn.

Forces hiding in the shadows have been patiently waiting for this moment. And just as Bastien and Celine begin to uncover the danger around them, they learn their love could tear them apart.

The Damned, Renée's latest installment in The Beautiful series is just as decadent, thrilling, and mysterious as her last, as she continues her most potent fantasy series yet.

I can’t sing this series’ praises enough! Such quality writing, diverse characters, and amazing plot twists. I can’t wait for the third novel to be released in audiobook format in December 2021.