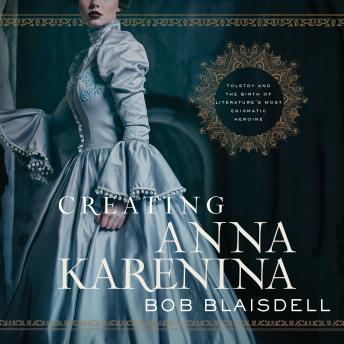 Creating Anna Karenina: Tolstoy and the Birth of Literature's Most Enigmatic Heroine

The story behind the origins of Anna Karenina and the turbulent life and times of Leo Tolstoy.

Anna Karenina is one of the most nuanced characters in world literature and we return to her, and the novel she propels, again and again. Remarkably, there has not yet been an examination of Leo Tolstoy specifically through the lens of this novel.

Critic and professor Bob Blaisdell unravels Tolstoy’s family, literary, and day-to-day life during the period that he conceived, drafted, abandoned, and revised Anna Karenina. In the process, we see where Tolstoy’s life and his art intersect in obvious and unobvious ways.

Readers often assume that Tolstoy, a nobleman-turned-mystic would write himself into the principled Levin. But in truth, it is within Anna that the consciousness and energy flows with the same depth and complexities as Tolstoy. Her fateful suicide is the road that Tolstoy nearly traveled himself.

At once a nuanced biography and portrait of the last decades of the Russian empire and artful literary examination, Creating Anna Karenina will enthrall the thousands of readers whose lives have become deeper and clearer after experiencing this hallmark of world literature.