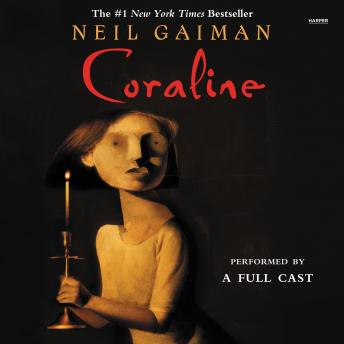 While exploring her new home, a young girl named Coraline unlocks a door to reveal a hidden passage. Intrigued, she ventures deep into a mysterious mirror realm, a world eerily similar yet darkly different from her own. There another mother and another father greet her, and they want her to stay and be their little girl. They want to change her and never let her go.

Before long, the miraculous turns sinister, and Coraline must use her wits and courage to save herself―and the other trapped souls she finds along the way.

Filled with enchantments and terrors alike, this winner of the Hugo, Nebula, and Bram Stoker Awards is a dazzling feat of imagination from a modern literary master.

Katherine Kingsley: Mother and Other Mother

Kevin McNally: Father and Other Father

This title is due for release on September 13, 2022
We'll send you an email as soon as it is available!